Hire a car and explore London

London requires little introduction ̶ the capital city of England and the UK is the largest city in Britain (with 14% of the UK’s population) and a hub for commerce, investment, travel, education, entertainment, fashion, finance, and media, to name just a few of its economic lynchpins. With a population of almost 9 million people and an estimated 200+ languages spoken in the city, it is one of the world’s most diverse conurbations, and the only metropolis to have hosted three Summer Olympic Games!

However, it’s also a well-connected city with loads of transportation options, and as such is an ideal launchpad for day trips and more into the surrounding countryside and further afield.

Before we tell you our Top Ten Epic Road Trips From London, here’s a bit more about the city. 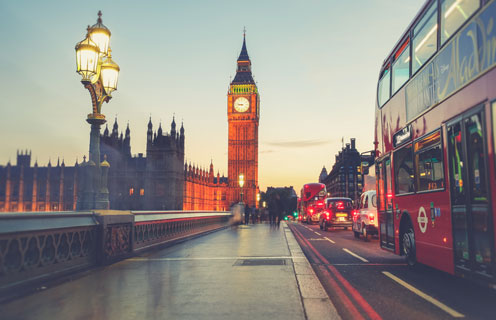 10 of the best London Road Trips

Transport in London often brings to mind The Tube, the informal name for the London Underground railway network (the oldest and third longest in the world ̶ work began in 1863). London also has the busiest city airspace in the world, with eight airports using the word ‘London' in their name. Furthermore, since the Channel Tunnel opened in 1994 you can travel by train to European cities like Paris and Amsterdam too.

Most journeys in central London are by public transport, while car travel is common in the suburbs and surrounding areas. Since 2003 a congestion charge has applied to all vehicles entering central London, which at time of writing is £15 per day (the city is one of the most expensive in the world). The city is circled by three ring roads ̶ the M25 is the outer orbital motorway, then the North and South Circular roads encompass the suburbs, and finally the inner ring road goes around the city centre. The A1 and M1 connect the capital to Leeds, Newcastle, and Edinburgh, and beyond. While congestion can be a problem in London, using a car to navigate the city and surroundings still gives you ultimate freedom to explore.

London was founded as Londinium by the Romans around AD 43, but evidence of habitation goes back at least as far as the Bronze Age. The iconic Westminster Abbey (finished in 1066) and the Tower of London (rebuilt in stone in the 11th Century to intimidate the locals) are just two of the capital’s many, many tourist locations ̶ there are also four World Heritage Sites in London.

A straight shot from central London along the M4 is Windsor. Famed for the castle (it claims to be the oldest and largest occupied castle in the world) and royal connections, there is however a lot more to Windsor ̶ for example, Windsor Great Park is almost 5,000 acres of lush green, dissected by a three-mile tree-lined thoroughfare. Windsor is just 45 minutes from central London, depending on traffic, of course!

Around 90 minutes to the North-East via the A12 is the old English capital, Colchester. Walking through the city, you’re immersing yourself in the past, from Roman Times to the Normans, Saxons and others. Colchester Castle Museum is a must-see, having recently been seriously upgraded with new collections and interactive displays. For the more modern tourist there are also splendid shops and tasty teas, while the kids will be entertained for hours at Colchester Zoo or Rollerworld, an indoor roller-skating rink which also has laser tag!

The Stonehenge World Heritage Site is iconic, instantly recognisable and just two hours from London! Taking the M25 and then the M3 via Basingstoke, you’ll drive past the Surrey Hills Area of Outstanding Natural Beauty (AONB) to the south, and to the north the North Wessex AONB. It’s also close to the ancient towns of Winchester and Salisbury (those spires!), so you’ll probably want to spend more than just one day in this part of the world, whether you’re a pagan or not! 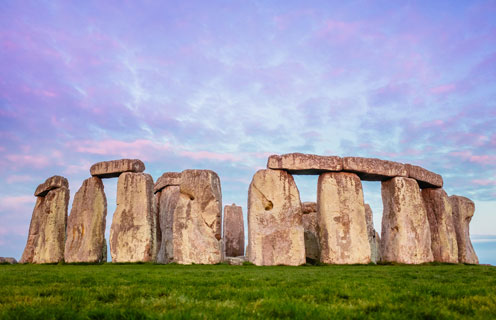 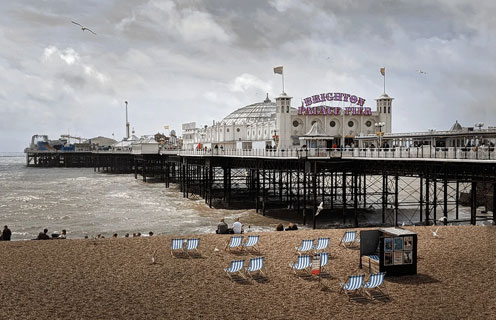 Situated in the Chiltern Hills (another AONB) is the chocolate-box, bewilderingly cute town of Amersham. Made famous as the setting for Four Weddings & A Funeral (and many more films), it’s close enough to London to be on the tube network and is a pleasant 1-hour drive via the A40 and A413.

Famous for its university, there’s plenty for day-trippers to Cambridge to do and see. A guided walking tour (the guides are graduates) of the university will show you the jaw-dropping architecture. Visitors must try punting on the river via a guided/chauffeured boat, or you can join another party for a shared punt. If it’s raining, why not take the kids (and the big kids) to the Retro Gaming & Computing Centre at The Centre for Computing History? Mathematics genius and creator of the world’s first computer Alan Turing studied here, becoming a Fellow of King’s College, Cambridge aged just 22 years before going on to break the enemy’s Enigma machine codes at Bletchley Park in WWII. Take the M11 northbound for approximately 90 minutes from London to get there.

This coastal town is a lively, diverse, multi-ethnic place positively brimming not only with rich history but also modern hedonism. There’s the famous Brighton Beach, Brighton Pier and its pavilions, a global palette of dining options, legendary second-hand shops, drinking establishments of all colours, and some serious clubbing and festivals. Just two hours down the A23, it’s hugely popular with Londoners, so if possible avoid busy times like weekends or public holidays. Furthermore, the annual Pride festival has become world-renowned as one of the UK’s best street parties!

The birthplace and burial place of William Shakespeare is a must-see magnet for bibliophiles from around the world. In Stratford-upon-Avon you can take a tour of his wooden-framed Tudor house, or take in a performance by the Royal Shakespeare Company at the Elizabethan Swan Theatre. The eating out in Stratford is eclectic and there’s also plenty of boutique shopping in the town itself. From London, take the M40 northbound for around two hours.

The Cotswolds constitutes perhaps the most quintessentially English hillside terrain in all of rural England. At almost 800 square miles it’s the largest area on our list, and possibly the most driving-oriented. You’ll be stunned by its rich unique history, culture, beautiful gardens in magnificent historic castles and stately homes, and the natural beauty of ancient limestone villages and rolling countryside. Definitely suitable for an extended stay/weekend break, stay in an ancient inn (pub) or hotel, and consider exploring this AONB by bicycle or horse! From London it is two hours (in good traffic conditions) along the M40 and A40 – also, why not visit Oxford which is on the way?

If the name of Henley-on-Thames rings a bell it’s because this is the site of the famous Oxford vs. Cambridge Henley Royal Regatta, where the students row against each other in a race that has existed since 1839. If you’re not visiting during the Regatta (it’s extra busy at this time), there’s loads of delicious dining and superb shopping, and a number of superb sights like the Chiltern Valley Winery and Brewery, the Warburg Nature Reserve, and Stonor Park & Gardens. Travelling west from London on the M4 and A404, the journey should take just over one hour.

10. The White Cliffs of Dover

The White Cliffs of Dover are perhaps England’s most iconic symbol of wartime defence, as embodied by the song of the same name by Dame Vera Lynn. Reaching a height of 110 metres and stretching for eight miles (13 km) either side of Dover, these chalk cliffs are eroding faster than ever so get there while you can! Also perched atop the cliffs is Leeds Castle, described as ‘the loveliest castle in England’ where you can stay in a B&B which looks like a mini castle, in sumptuous holiday cottages, or even glamp (glamourous camping) in style like a Knight! Nestled in over 500 acres of stunning countryside, Leeds Castle is a must for any visitor to the Kent coast. Driving south-east from London along the M2 and A2, you’ll also pass a number of top sightseeing spots (Canterbury pilgrimage, anyone?).

So there you have it – 10 Epic Road Trips from London which unlock so much more than ‘just’ the nation’s capital. Hire your excellent car from Enjoy and roll out for trips to remember!

Longing For London And Beyond? Hire A Car From Enjoy Today!